The Chenango Foundation is responsible for aiding research and development that contributes to the communities in the  Chenango County area. The Foundation also provides continued oversight and development of the Leadership Chenango program aimed at enhancing the development and skills of individuals to become future community and civic leaders.

The Northeast Classic Car Museum opened its doors in 1997 under the auspices of the Chenango Foundation. Sponsorship and project support was provided for the establishment of the tourist destination. In 1998, the NECCM received its 501c3 designation. Originally encompassing just one building and 50 cars on display, they currently have over 170+ vehicles in 5 connected buildings. Informative videos, period fashions, and more enhance the Museum experience. In May of 2009, the Museum opened another 30,000 square feet of exhibit space. Approximately 16,000+ visitors from all across the country visit the museum on a yearly basis.

Colorscape Chenango Arts Festival is a juried outdoor exhibition of gallery quality fine arts crafts and music. The sponsors and participants are dedicated to providing an interactive atmosphere featuring artist demonstrations, educational activities for children and adults, live entertainment, and quality food vendors. The Chenango Foundation provided sponsorship and project support from 1994 until the Festival received its 501c3 designation in 2000.

The Children’s Center, a state-of-the-art developmental and childcare center, was constructed in 1991 through a creative partnership with the city government, Opportunities for Chenango, and contributions from the business community and committed individuals. In January 1997, OFC decided not to renew their contract and the management and operation of the Center were temporarily transitioned to the Foundation. In 2003, Catholic Charities of Chenango County became the parent organization of the Center. Due to the lack of a positive balance sheet, in 2011, the Children’s Center closed and the restricted funding was returned to the Chenango Foundation.

The Chenango Foundation also continues to provide oversight and development of the Leadership Chenango program, initiated in 1989, aimed at enhancing the development and skills of individuals to become future community and civic leaders.

NORWICH, NY – In 2021 Friends of the Museum District, in conjunction with the Norwich Building Tomorrow Foundation, announced the creation of a Curb Appeal Matching Grant Program. This program was created to encourage the revitalization of the Norwich Museum District neighborhood by assisting property owners and residents with various types of exterior improvements. Due to the success of the program, the 2022 Curb Appeal Program (CAP) has been expanded and now includes Rexford Street (North Broad intersection to River Street), N. State Street and State Street (Rexford to Mitchell Street intersection) and Silver Street (Berry Street to Gold Street intersection only).

This program was created to assist property owners with projects that improve the exterior appearance of their dwelling from the street. Successful applicants are now eligible to receive up to 75% of the total cost of their improvements, with the maximum grant amount capped at $18,000. The scope of work must include improvement to one or more of the following: Architectural Details (addition, repair and/or restoration); Exterior painting and/or power washing; Doors, windows and shutters; Landscaping and sidewalks; Decorative entrance features and Aesthetic fencing. All grant awards in excess of $600 are subject to New York State tax.

This website uses cookies to improve your experience. We'll assume you're ok with this, but you can opt-out if you wish. 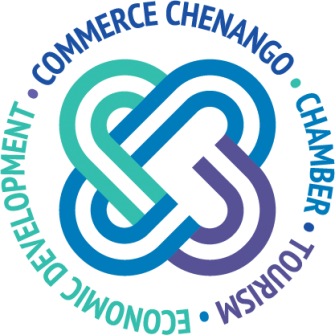 This website uses cookies so that we can provide you with the best user experience possible. Cookie information is stored in your browser and performs functions such as recognising you when you return to our website and helping our team to understand which sections of the website you find most interesting and useful.

Strictly Necessary Cookie should be enabled at all times so that we can save your preferences for cookie settings.

If you disable this cookie, we will not be able to save your preferences. This means that every time you visit this website you will need to enable or disable cookies again.

This website uses Google Analytics to collect anonymous information such as the number of visitors to the site, and the most popular pages.

Please enable Strictly Necessary Cookies first so that we can save your preferences!

You can at any time change or withdraw your consent from the Cookie Declaration on our website.

Your consent applies to the following domains: www.commercechenango.com

As most of the online services, our website uses cookies first-party and third-party cookies for a number of purposes. The first-party cookies are mostly necessary for the website to function the right way, and they do not collect any of your personally identifiable data.

The third-party cookies used on our websites are used mainly for understanding how the website performs, how you interact with our website, keeping our services secure, providing advertisements that are relevant to you, and all in all providing you with a better and improved user experience and help speed up your future interactions with our website.

Essential: Some cookies are essential for you to be able to experience the full functionality of our site. They allow us to maintain user sessions and prevent any security threats. They do not collect or store any personal information. For example, these cookies allow you to log-in to your account and add products to your basket and checkout securely.

Statistics: These cookies store information like the number of visitors to the website, the number of unique visitors, which pages of the website have been visited, the source of the visit etc. These data help us understand and analyze how well the website performs and where it needs improvement.

The information stored in these cookies may also be used by the third-party ad providers to show you ads on other websites on the browser as well.

Preferences: These cookies help us store your settings and browsing preferences like language preferences so that you have a better and efficient experience on future visits to the website.

In addition to this, different browsers provide different methods to block and delete cookies used by websites. You can change the settings of your browser to block/delete the cookies. To find out more out more on how to manage and delete cookies, visit wikipedia.org, www.allaboutcookies.org.